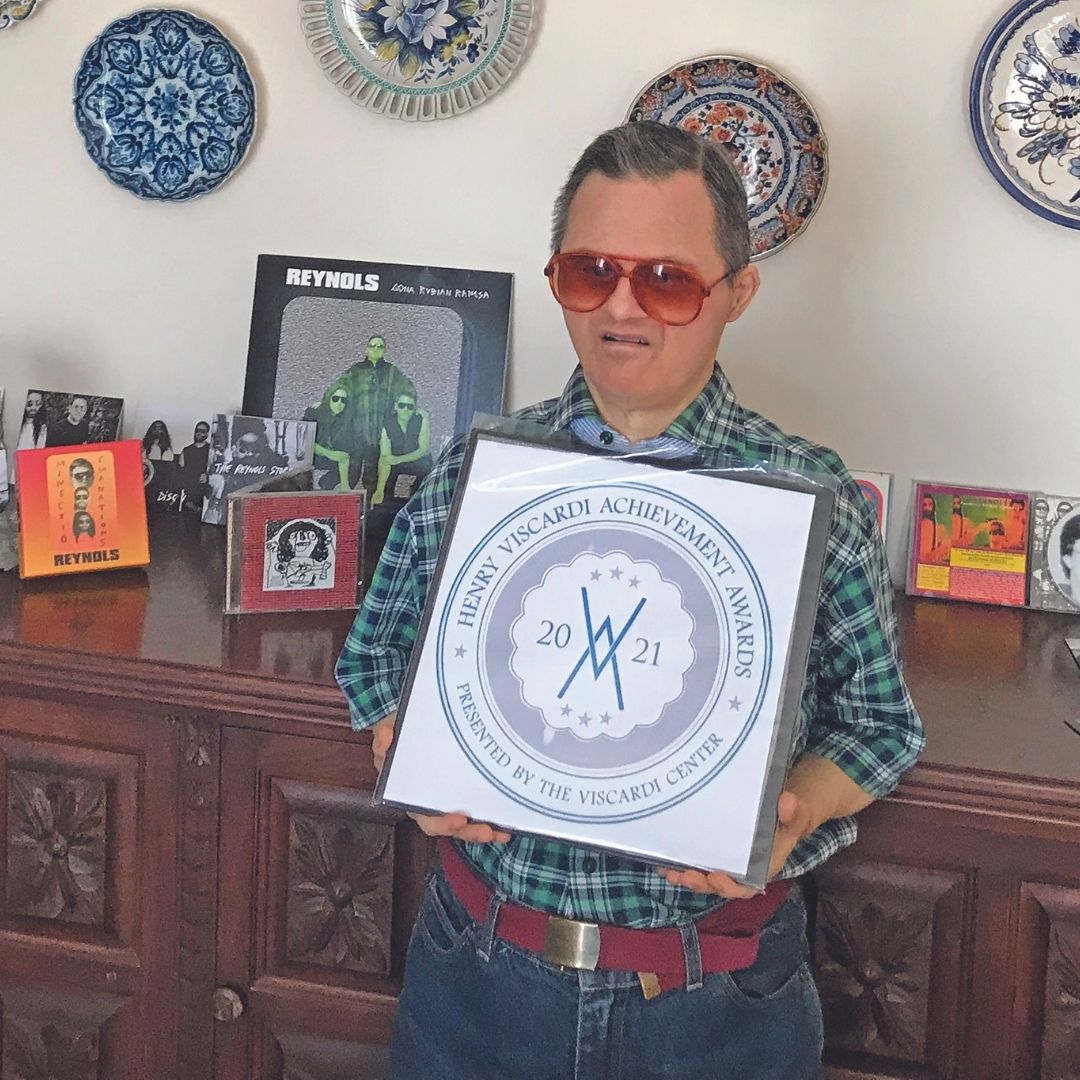 Miguel Tomasín, a musician with Down syndrome and a member of the Argentinian experimental band Reynols, was recently honoured for his role in increasing the visibility of artists with intellectual disabilities. Miguel was granted the Henry Viscardi Achievement Award – one of the most prestigious prizes for inclusion.

Each year, the award is given to select individuals in recognition of their service as “exemplary leaders in the disability sector around the globe who have had a profound impact on changing the lives of people with disabilities and championing their rights.”

As one of the most successful musicians in the world with Down syndrome, Tomasín was an obvious choice to include among the 2021 recipients.

A member of Reynols since 1993, Tomasín enjoys playing the drums and singing with the band, in addition to composing new songs.

He and his bandmates, Roberto Conlazo and Alan Courtis, are renowned for their avant-garde approach to music.

Reynols is one of Argentina’s music bands with the most releases worldwide: its catalogue includes more than 150 records on labels from Japan, Europe, US, Canada, and Oceania.

It has been considered a cult band by the British magazine The Wire and proclaimed “groupe phare” (lighthouse group) for the inclusion of people with disabilities by the French festival Sonic Protest.

Tomasín has been the first musician with Down Syndrome to play daily on the Argentine National TV (ATC –currently Channel 7–, 1998).

Reynols is among the longest-running inclusive bands ever and has appeared in countless magazines, newspapers, books and documentary films from around the world.

Japanese magazine Studio Voice has listed their album Reynols/No Reynols among the “300 Legendary Discs” of all times, the British magazine Fact has considered their 10.000 Chickens’ Symphony among the best “20 Argentine psychedelic albums”, while The Wire ranked their box set Minecxio Emanations 1993-2018 in their 2019 Top50.

In 2020, New York newspaper Star Revue published an article entitled “Reynols Is the Most Important Band in the History of Rock”.

Miguel Tomasín has been considered by diverse worldwide media as one of the most relevant personalities with Down Syndrome worldwide for his work with Reynols, and his name is mentioned in several books on Neuroscience and Neurodiversity.

Miguel became the first musician with Down Syndrome to play regularly on Argentine national television in the 1990s.

Tomasín’s work has been largely inspiring, and it has contributed to the development of positive visibility and the promotion of inclusion perspectives for people with “learning disabilities” on a global scale.