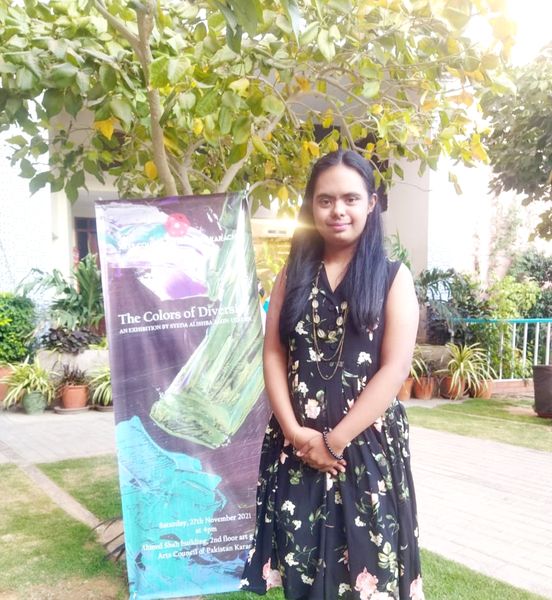 20-year-old Alishba expresses herself through visual art. She classifies her work as “abstract expressionism”.

Her work has been appreciated locally as well as internationally. She has the honour of having her artwork exhibited at The Feminist Library (London), invited as a guest artist by ArtRooms (London) and exhibiting her solo art show in Zari Gallery (London).

Alishba’s works were recently featured in the Arts Council of Pakistan’s Gallery in an exposition called ‘The Colours Of Diversity’.

Alishba highlighted the significance of variance for social inclusion, an incorporated society and sustainable development. 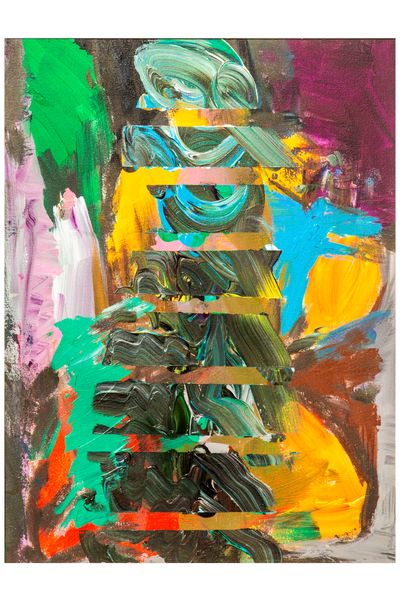 Apart from being an artist, Alishba is also an activist, working and creating awareness for the rights of girls with disabilities and promoting inclusive societies. Her efforts for the cause have been recognized by UN-Women Pakistan, making her the first Pakistani to be recognized by the organization.

Alishba’s efforts have been recognised by UN Women Pakistan.

Alishba is a strong believer in Thomas Wolfe’s saying: “The beauty of the world lies in the diversity of its people,”