Oscar and his family from Uzbekistan 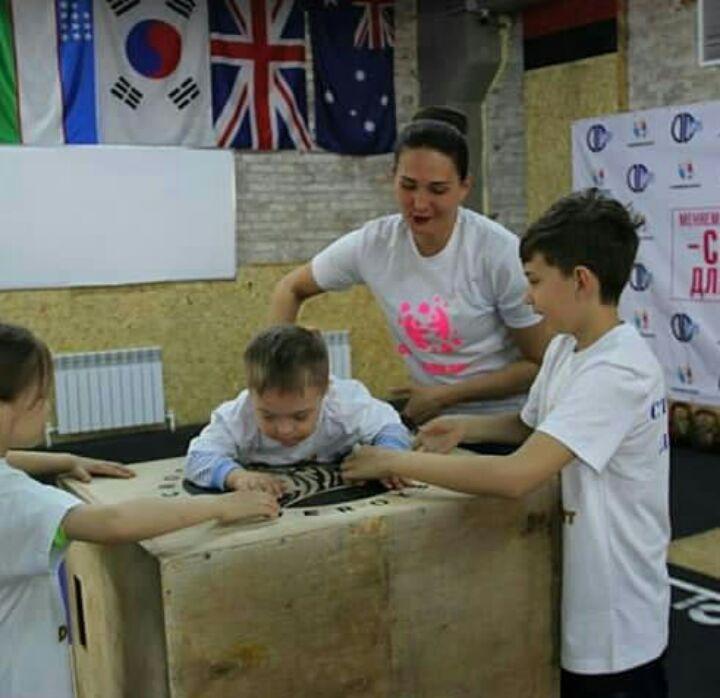 And then everything turned upside down. At the hospital, upon discharge, they said: “You need a consultation with a geneticist, we suspect this child has Down syndrome. But compared to Cerebral Palsy, this is the best thing to expect. The main thing is not to tell your husband.”

Anisa came home in tears. She told her husband that she had a toothache. But when they were left alone, she shared that their newborn baby was suspected of Down syndrome. The young parents did not know what it was. They went online. In 2014, there was not a single positive story: these children are deaf, they cannot do anything. The young parents examined the child. Everything seemed to be normal. Perhaps this is not the case, especially since the doctors did not say exactly.

Two weeks later they called the hospital: “Have you done a screening, have you passed an analysis to clarify the diagnosis? It is necessary”. Anisa with her husband and baby went to a private clinic, did the tests, they were told to wait 1-2 months.

The clinic called back in 10 days: “Come, your answer is ready.” The diagnosis was confirmed. In the evening she told her husband about it. He recalled that they are still young, their income will not allow to raise such a baby. He offered to send his youngest son to an orphanage, a specialized institution for such children. Anisa did not understand how to give the child away. The husband said that he would bring her every day to communicate as a volunteer. Only so that their family does not have such a child.

Unable to comprehend what was said, Anisa no longer raised this topic. 40 days had passed since the birth of the baby, parents from both sides came to visit. Since the child slept almost all the time, they began to ask about his health. The young parents did not talk about the diagnosis, but answered that the child has developmental features. They also added that the father wants to send his son to an orphanage. The reaction was different:

Those close to her husband said: “You won’t be able to raise him, why do you need a sick child, give birth to another, healthy one.” Anisa did not blame them: there was a person with a disability in her husband’s family, and the mother “worked for medicines”.

Anisa’s parents suggested another option: “Well, if your husband doesn’t want to see him at home, let’s take him to us. We will raise and educate him. You help us financially for education, we will take care of the rest. If only your family does not collapse. ” Alas, Anisa’s husband did not support this proposal. He wanted this child not to be anywhere near at all, so that no one would know that such a son was born to them.

For several months, the husband and his family tried to persuade Anisa to give the child. During this time, the father completely stopped noticing his younger son. He stopped taking the child in his arms, refused to buy food “he eats so much, I will not feed him”. When it was necessary to take tests, go to the doctors, he refused to take them.

Most of all, Anis was oppressed by duplicity: when they went for a walk, her husband defiantly drove the stroller and portrayed a wonderful father for both boys. As soon as they came home, the youngest son became an empty place. “We must refuse, we must refuse,” the young mother heard every day.

The baby was 4 months old when Anisa went to work, because her son needed money for a massage. She got a job as a fitness trainer in several gyms, sometimes she came to classes with her youngest son. In the spring, after one of these classes the husband offered to pick them up in his car. He put the eldest son inside and said that the trunk is full, so the stroller will not fit there. As a result, the husband left with the elder, and Anisa with the stroller and the baby remained on the street. This was the last straw. She went home and said it was time to leave.

On May 9, when Anisa and her children were with her parents, her husband sent an SMS: “I feel sorry for everyone, I feel sorry for us, I can’t do this anymore, I packed my things.” She rushed home, he was already standing with suitcases … The husband periodically came and went, as if they lived together, and at the same time separately. Four of us walked on the street, at family events he fiddled with both sons. And at home everything returned: we are a family, and Oscar is nobody. When Anisa spoke about the dual behavior of her husband, no one believed her: “You probably have postpartum depression. It can not be”.

A year later, Anisa decided that she could not live in such a regime. She will not leave her son, all that remains is to divorce. The husband filed for divorce. In the statement, he indicated that he did not want to keep the family, because a sick child was born, and he was not ready for this. The court refused to divorce, they gave time to preserve the family.

The eldest son often went to see his paternal grandparents. Returning, he became aggressive, bluntly said, “I don’t need Oscar, let’s give him back so that dad can live with us. We must get rid of him.”

This increased the desire to get divorced as soon as possible. But for the second time, the court gave time for reconciliation of the family.

Anisa did not limit the communication between her father and children. The husband came to the elder, brought big bags of toys and sweets, the boy took everything for himself: “This is from my dad, only mine.” For the younger, the father did not bring anything. Over time, Anisa got tired of this, especially since every time after a son communicated with his father and his relatives, he returned aggressive towards his brother.

The father said in court: “I would be glad to take two children, but the child is small, you understand his diagnosis …” At that time, the child was three years old, he went to kindergarten and fully served himself.

Anisa herself fills in applications for participation in various competitions, gathers like-minded people, conducts activities and inspires others. She is also involved in coaching, developing new programs and traveling to various conferences to share her experience.

Little Oscar, an unusual child, became another inspiration for her and opened up new strengths and possibilities.